Construction of West Harbor, the replacement for the Ports O’ Call Village waterfront attraction in San Pedro, California, is set to begin.

Developers of the entertainment complex said Thursday they have secured financing to build the $155-million first phase that will include restaurants, bars and shops overlooking the Port of Los Angeles.

Work will begin this week and be completed in 2024. 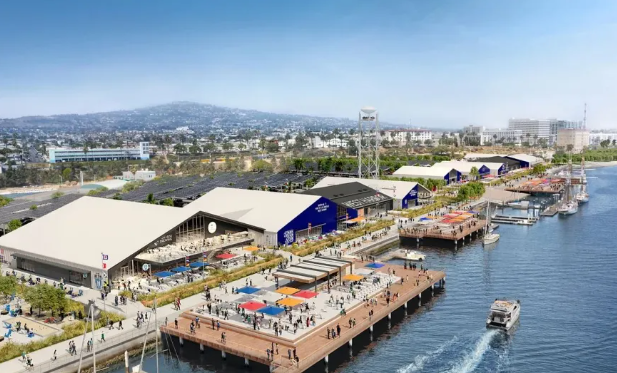 Port officials selected Los Angeles developers Ratkovich Co. and Jerico Development Inc. to redevelop the 42-acre location.The developers plan includes a 6,200-seat amphitheater that is now undergoing an environmental review and space for San Pedro Fish Market, one of the largest restaurants in the region. Other features include:

West Harbor will feature a 20,000-square-foot beer garden, more than one mile of waterfront access, more than 150,000 square feet of retail, restaurants, entertainment and more.

The developers have a 66-year lease with the port to operate West Harbor with more than $100 million of investment by the city and the Port of Los Angeles to the site’s infrastructure.​

Construction News Wire is published by the Construction News and Report Group. Our regional and national sites in the US and Canada reach several of the largest regional markets, putting your message in front of 100,000 daily visitors to our sites and over 40,000 readers weekly with our newsletters.